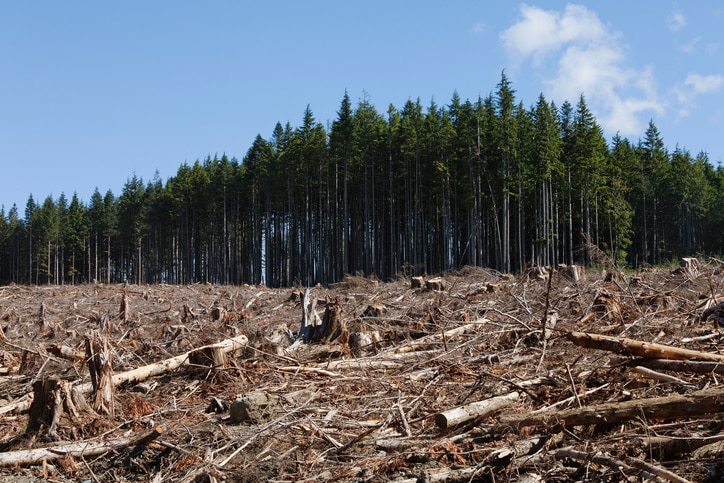 The United States uses around 67 million trees a year in the production of paper products. Over the last 20 years paper usage has gone up by 126%, from 92 million tons to 208 million.

Even in this age of computers and smartphones, paper is still being used more and more. Paper waste is one of the largest contributors to landfills in the United States, making up about 28% of solid trash. As this trend only continues to grow, recycling all the paper we can become more and more vital. Of course, as our usage of paper increases so shall the industries’ impact on the environment.

In 2015, it’s estimated that around 5% of all industrial pollution was caused by the paper industry; that’s about 79,000 tons a year. These emissions enter the environment through several different means and quantities. 66% is released into the air, 24% gets discarded onto the land, and 10% enters the water system. Despite these, progress is being made.

How Recycling Paper is Helping

It’s reducing our impact. Really, it’s that simple. Proper recycling of paper represents 66% of the total recycling efforts in the United States. This mass effort has no downside. Not only does it save space in our landfills for the non-recyclable waste, it also means fewer landfills need to be opened. The resources needed to convert recycled paper back into useable products also use up less energy and water. One ton of paper, when properly recycled, saves around 7000 gallons of water and saves the equivalent of six months worth of power usage for the average U.S. home.

That same ton of recycled paper also saves around 17 trees and reduces greenhouse gasses. Live trees absorb carbon dioxide and release oxygen, acting not only as natural air filters but also as oxygen factories. Since all of those things benefit us, and the whole planet, maximizing the number of healthy trees around really is critical. There really is no downside, and as you can see the numbers add up fast.

PROSHRED Minnesota is proud to do what we can to help reduce the impact of the paper industry. When we’ve finished shredding papers we don’t simply chuck it in the bin. No, no. We properly recycle 100% of all paper we shred. Not only are we the best at secure shredding, but we’re green too!