It may surprise some people to discover that despite the rise of digital media, paper usage has still increased drastically. In the United States alone it is believed that 40% of all waste produced is paper. The impact of the paper industry is huge for the environment, and with ever more paper being used, the industry’s impact increases. So what are the ways the paper industry impacts the environment? 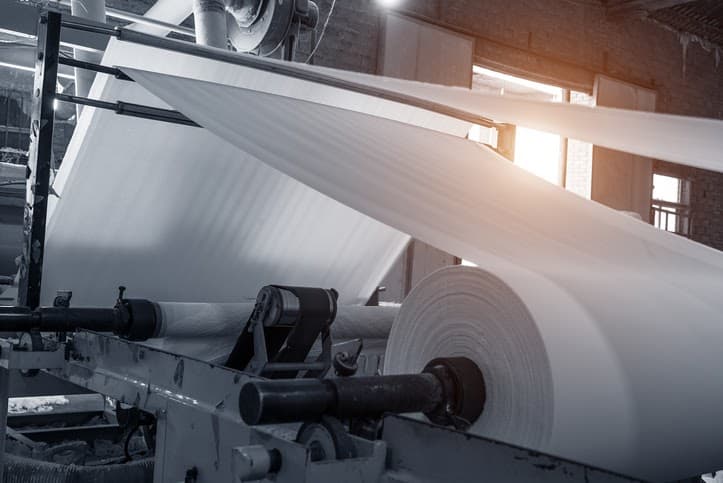 Paper has a number of impacts on the environment. Some take the form of the various chemicals from the manufacturing processes. Others come from the waste that comes from improper disposal. All of this also directly impacts the logging industry, with an increased need for paper, more forests are getting clear cut. That has huge impacts on ecosystems around the globe.

The production of paper requires the use of several chemical agents, all of which give various emissions into the atmosphere. Of the chemicals used, the main ones are chlorine based, sulfur, hydrogen sulfide, nitrogen, carbon, and sulfur dioxide. The nitrogen and sulfur emissions are big contributors to acid rains, and carbon dioxide is, of course, one of the main greenhouse gasses blamed for climate change.

Other emissions are the main culprit behind the strong odors that are associated with paper mills. Hydrogen sulfide, dimethyl sulfide, and methyl mercaptan are some examples. Many of these chemicals find their way into the water in addition to the air, some being water soluble, hence the acid rain.

Paper mills also produce a large amount of waste water discharge from their operations. This discharge typically contains various solids, and dissolved organic matter, and when it’s all added up in large quantities they are highly pollutive. The organic matter in this water can cause large ecological changes that lead to the death of the native organisms. There is also the contamination from the chlorine bleaching that will leak toxins in large amounts.

Since paper mills require water to operate, they tend to be found on rivers or lakes. The resulting wastewater discharges will spread far through these systems. Eventually, as you might expect, they will find their way into plants and animals, and eventually into people.

Aside from the bi-products of the manufacturing process, paper waste itself is a large problem. It is estimated that approximately 26% of waste that ends up in the landfill is paper. This results in landfills getting used up quicker, requiring more to be open later on down the line. When paper itself breaks down in the dump, it produces methane gas. This is of course another one of the key greenhouse gasses being blamed for climate change.

What Can Be Done

We can of course try and move away from paper usage completely. With the rise of digital media, we certainly have the capability to do so. Many people aren’t using paper and pen as often in their day-to-day lives. Expanding this further will lower the need for such things.

There is also putting more effort into the recycling efforts. By improving and expanding, we can reuse more paper, and ultimately recycle more kinds. This will decrease the need for new trees to be cut in the quantities happening today. And that is one more way we can lower our overall impact on the environment.