Mobile Security Tips: Your Computer Isn’t The Only Device You Should Be Protecting! 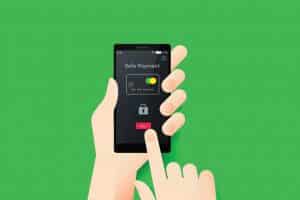 PROSHRED is one of the most reputable providers in Northern Virginia for secure document destruction services. Our team strives daily to keep your data secure. But we realize the reality today that information can be leaked from more sources than paper documents. Computers have become a massive target for the collection of sensitive information from illegitimate parties.

Now more than ever it has become critical that users of the internet protect their browsing devices. If you have computer and browse the internet you should be making sure that you have antivirus software installed, and that the software and computer are updating themselves properly. Often times however most users don’t realize the importance of keeping other devices secured as well. 2016 saw a record-breaking 51.3% of worldwide internet usage coming from mobile devices including smart phones and tablets. Consequentially hackers have increased their efforts in compromising mobile devices in order to steal information, brick devices and even in some cases demand ransom. Ensuring your mobile device is protected is critical in today’s internet.

Lookout, a mobile security software company has made efforts to make users aware of these security concerns. They have five security tips they consider critical in order to keep your mobile devices protected:

Your phone and PC have become equals; protect them equally. Phones and tablets have become as common, if not more common than computers. Installing anti-virus software on your device is one big step towards keeping your data safe.