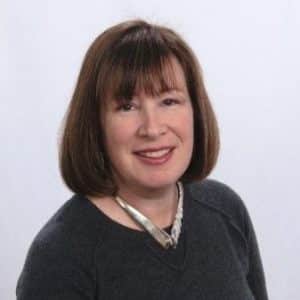 Bryerman was profiled as part of the magazine’s “Taking Risks” feature covering this year’s Outstanding Entrepreneurs an award that occurs annually, which looks at entrepreneurs in South Jersey who bravely moved forward with their professional lives even when the risks seemed great.

In Bryerman’s case, she moved thousands of miles “across the pond” from London to New York City to expand her social and business opportunities. She achieved both, meeting her current husband and later starting PROSHRED Southern NJ in 2014 as a joint venture. Bryerman’s decision to travel stateside and open a business showed great courage, according to South Jersey Biz. That bravery and a powerful business philosophy have enabled her to succeed and become an inseparable part of the Southern New Jersey business community.

From Camden Borough to Camden County

Simone Bryerman grew up in Hendon before moving to the Belsize Park neighborhood in London’s Camden Borough. This posh, yet low-key, neighborhood in Northwest London afforded her many opportunities, but she still yearned for more exposure to other social spheres. After graduating from the University of Reading and starting a successful print design business, she moved to New York City in 2000 to explore what a city even bigger than London had to offer.

There, she met many people who would have an influence on her life, including her future husband Howard Bryerman. They decided to settle down together in the Cherry Hill area within Camden County after spending time living in both New York and Philadelphia. Bryerman calls the move from Camden Borough, U.K. to Camden County, NJ “one of those little quirks of fate.”

In 2014, Simone and Howard Bryerman made a plan to open up a second venture with their saved capital. Together, they started the first PROSHRED franchise in the Southern New Jersey region, which expanded the reach of PROSHRED’s professional document shredding services through the Mid-Atlantic and Northeast.

Simone Bryerman, serving as president of PROSHRED Southern NJ, loves the direct working relationships her operation can establish with area business owners and self-employed entrepreneurs. “It is a business that rewards hard work, and if you put effort into the business, it will lead to greater returns,” she indicated at the start of the venture.

Now, two years later, Simone Bryerman has made enough of an impact on the community that she serves as an inspiration to South Jersey Biz subscribers. Speaking with the staff reporters, she revealed that her passion for work encompasses the sharing of values between her operation, her staff and her clients. “I enjoy finding solutions that suit the client and love that my staff, all local to Southern New Jersey, go out of their way to implement this philosophy,” she said.

Businesses looking to safely dispose of sensitive information can entrust Bryerman’s PROSHRED staff and their comprehensive Southern New Jersey document destruction services. Only professional shredding can successfully destroy information beyond recovery, so businesses should not trust their private information or their clients’ to anything less.