PROSHRED® of DFW provides Addison with secure shredding services. The land inhabited by Addison was settled in 1846 when Preston Witt developed a residence near White Rock Creek.  In 1902, the neighborhood called itself Addison, after Addison Robertson, who worked as postmaster from 1908 to 1916. The very first market was a cotton gin, opening in 1902 on Addison Roadway. Today, though Addison has just a little over 13,000 locals, daytime population reaches over 100,000. Having more than 170 dining establishments and 22 hotels, Addison has become a popular business locale in DFW metro.

PROSHRED® is honored to provide document shredding trucks to corporate, institutions, and residential clients in the Addison area; including its schools and public facilities, as well as small businesses and local entrepreneurs. 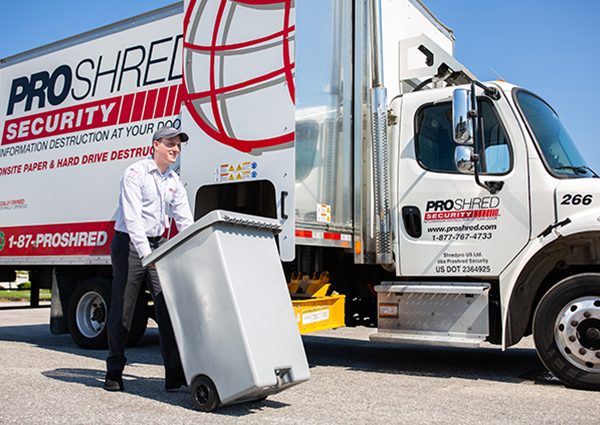 PROSHRED® is unlike most shredding companies. We take paper shredding very seriously and strive make certain all of our Addison customers are completely satisfied. Our mobile one-of-a-kind shredding trucks service the Addison area on a weekly basis. We have clients in all parts of Carrollton along I-635 and many businesses that stretch along the Dallas North Tollway.

PROSHRED® Dallas Fort Worth is the only ISO 9001 and NAID AAA certified shredding company in Addison, TX. This means we take rigorous precautions to make sure our on-site shredding trucks are operating to standards, our Customer Service Professionals (Drivers) are bonded and background checked so you can rest assured that your confidential documents will be securely shredded right on site!