PROSHRED® of DFW provides Allen shredding services across the city. The town was developed by the Houston and Central Texas Railway and named after Ebenezer Allen in 1872, a state political leader and railway promoter. The railway enabled sale of crops throughout the nation before spoilage, triggering a shift from the previous cattle-based agriculture. Of historical note, in 1878, a gang led by Sam Bass staged Texas’s first train robbery. 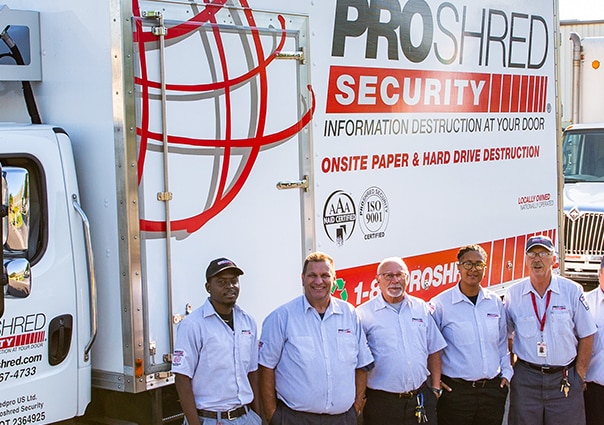 From 1908 through 1948, Allen was a stop along the railroad route from Denison to Dallas. Allen was a town of a couple of hundred individuals when it was incorporated in 1953. Considering that this time, it has actually grown drastically to 84,000 due to the building of U.S. Route 75, the Dallas/Fort Worth International Airport, and the development of neighboring Dallas and Plano. PROSHRED® of DFW is proud to provide document shredding services for our many clients in the Allen area.

PROSHRED® of DFW knows how vitally important it is that your sensitive information be properly destroyed. As a result, we go the extra mile to ensure that your documents are shredded. Using a truck mounted viewing camera, you can watch our state of the art mobile document shredding trucks as they come to your location and destroy the sensitive information. Upon completion of the shredding process, you will be given a Certificate of Destruction that can be used in an audit or legal proceeding. The PROSHRED® team is available weekdays from 8am to 4pm to service business locations all across Allen.

PROSHRED® is the only ISO 9001 and NAID AAA certified document shredding company in Allen. This means we take rigorous precautions to make sure our on-site shredding trucks are operating to standards, our Customer Service Professionals (Drivers) are bonded and background checked so you can rest assured that your confidential documents will be securely shredded right on site!