In 1841, the Republic of Texas chartered the Peters Colony Land Grant to settle the North Texas location. When Dallas/Fort Worth International Airport opened to the south of the city in 1974 and Vista Ridge Shopping Mall opened at the crossway of Interstate 35E and Round Grove Road. In 1987, Lewisville started to go through quick suburban development.

It’s population expanded from 24,273 in 1980 to 46,521 in 1990, making it the 40th most populated city in Texas. In the early 1990s, the local Chamber of Commerce marketed the city with the motto “City of Expanding Horizons”. The population reached 77,737 in 2000, and it currently is estimated that 103,000 calls Lewisville home! PROSHRED® is proud to provide document shredding services for our many clients in the Lewisville area. Our service also includes local small and large businesses, government, and private home as well as the many healthcare facilities across the area 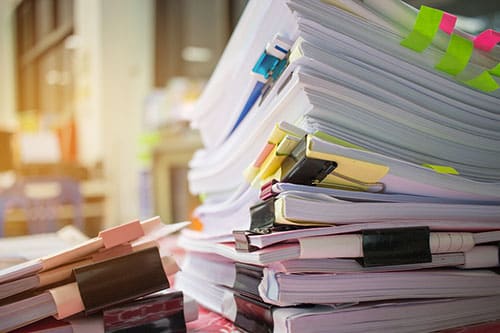 We take document shredding very seriously and make sure to provide a Certificate of Destruction to all of our Lewisville clients. Our mobile state-of-the-art shredding trucks service the Lewisville area on a weekly basis. Our coverage area reaches the DFW Airport and other locations across the Dallas area.

PROSHRED® is a dually ISO 9001 and NAID AAA certified shredding company providing service to Lewisville. This means we take rigorous precautions to make sure our trucks are operating to standards, our Customer Service Professionals (Drivers) are bonded and background checked so you can rest assured that your confidential documents will be securely shred right on site!