The IRS recently asked for assistance from professional data destruction companies to take care of some 3,200 hard drives still in their possession in the heels of the hard-drive information wipe-out involving one of its top officials.

Washington Times correspondent Jim McElhatton reports: The Internal Revenue Service solicitation for “media destruction” services reflects an otherwise routine job to protect sensitive taxpayer information, but it was made while the agency’s record destruction practices remain under a sharp congressional spotlight. Congressional investigators of the IRS targeting of conservative groups have been hampered by the unexplained destruction of emails and other records of Ms. Lerner, the former head of the IRS tax-exempt division and a central figure in the scandal. 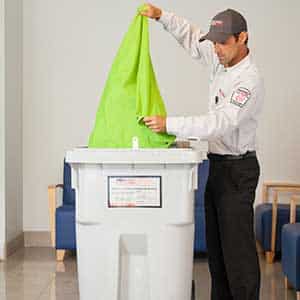 The scandal involved the IRS admitting that it targeted several non-profit political advocacy groups with “tea party” or “patriot” included in their names, resulting in widespread criticisms of the IRS itself for political bias. The institution had been criticized for its questionable record-retention system, and it is one more reason why the IRS and many other organizations had requested help in periodically destroying their digital data that they deemed had reached the end of their usefulness. There is also the focus on how the destruction process itself would be carried out.

This is the simple premise why companies offering professional shredding in Houston or elsewhere exist—the real possibility of targeted sensitive data ending up in the wrong hands. A good example would be the case involving former San Antonio Spurs player Bruce Bowen, who sued a computer firm when his hard drive and data ended up on another person’s PC. The lawsuit ended well with Bowen winning easily.

Not all situations, however, end up as well as Bowen’s case. In order to prevent the worst, local Houston hard drive shredding companies, such as PROSHRED® of Houston, employ a simple method: brute force. For this, they feed hard drives into a machine that looks like a photocopier, which literally chews through the hardware and spits out bits of scrap metal. Smashing up hard drives is also done using a sledgehammer.

Another more discrete method would be the clean sweep, where a special software is used to completely wipe data off hard drives, or any other digital storage device. In some cases, these software can also be used to remotely destroy data. The last method is called de-magnetizing, which is done by running a big, cartoon-style magnet over the hard drive to mess up and gradually delete the data inside.